They got 2 picks for Dillon!

They're old. And their cap is fucked.

Staff member
Administrator
Operations
I'm being sarcastic. They have been fucked for years and got real lucky that 3rd liners played out of their mind in 2018

Oh I knew you were kidding. Their situation is just awful and signing Ovi for that many years is crazy.

Way too much to post about with the free agency opening up today, but I see the Flyers signed the following (ranked from

And now Ethan Bear has to play with him. That's lovely.

They’re trying to build an arena in Tempe on a garbage dump, even though their current place is like 18 years old, LOL. I definitely would like to see a return of the Nordiques or Whalers though. Or the Oklahoma City Meth.

It is incredibly funny that a NHL team is getting evicted from their arena.

No one is moving to Quebec. If the Coyotes move, it'll be to Houston.

Lake Superior is the superior lake

The Oilers are so likeable yet so terrible

adchester said:
The Oilers are so likeable yet so terrible
Click to expand...

They are determined to fuck over their actual good players by never signing good defensemen or goalies and it sucks.

The Keith-Ceci defensive pairing...WOOF. That kind of shit is why the Oilers would be lucky to make the second round of the playoffs.

Or just the playoffs. 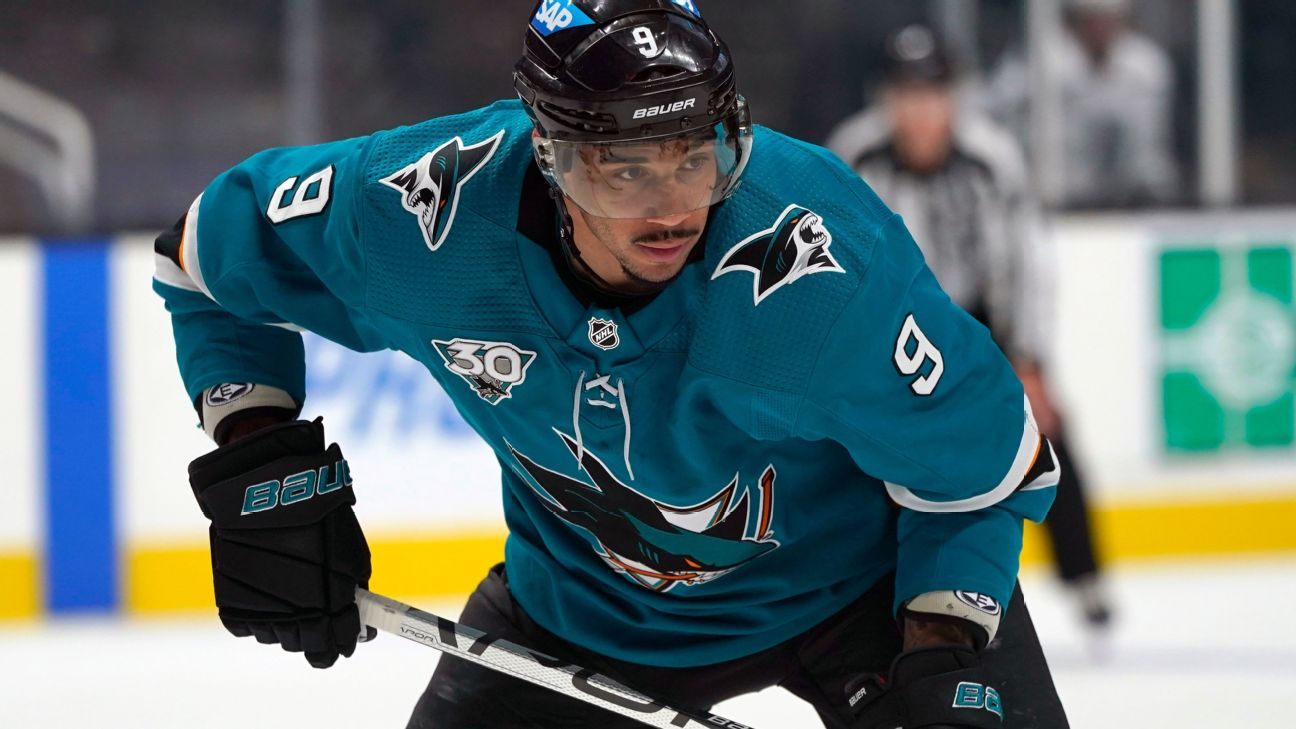 A person familiar with the investigation told the Associated Press on Wednesday that the NHL is looking into allegations that embattled San Jose Sharks forward Evander Kane used a fake COVID-19 vaccination card.

Regular season starts tonight. Islanders open the year with a 13-game road trip while they wait for their new arena to be finished. Oilers will dissapaint again. Just please let someone other than Tampa win it.

Flyers don't have a game until Friday.

I didn't realize the Islanders' start was that rough. Eek.

Tampa should have a hard time threepeating given their roster changes. They lost some big names. Still, Vasilevskiy could get hot and it wouldn't matter since that guy is a machine.

kella said:
ESPN on NHL is weird
Click to expand...

They're going fuck it up. I just have a bad feeling after watching them fuck up college football for a couple of decades.

I'm not really paying attention that much. I'm just watching the game. That said, Chelios and Messier at intermission is pretty meh. #elksteak

ESPN's fonts on their graphics. Woof.

ESPN is amateur hour on this Vegas broadcast. I'm sure pbp is challenging, but this dude yelled out "SOOOOOOOOOOO" on a failed Tanev breakaway. I'm sure his dick got hard thinking he was about to call the first goal in the history of the Kraken and then when Lehner made the save, his brain reset. DERP

Staff member
Administrator
Operations
I don't understand the awful scoreboard overlay. Nothing can beat Fox's MLB playoff thing - it looks like something cooked up for an early 2000s baseball vidya game. It's so bad. But NHL on ESPN is trying!

Honestly, as soon as I started watching actively, which was towards the end of the early game, it was immediately noticeable how shitty their presentation was. And there were a ton of gaffes and other assorted nonsense I'd expect to see from a network that was brand new to covering sports. Anyone remember when Fox won their first NFL rights back in the day - those shitty robots were everywhere? Lmao.

The pbp announcer for the late game - I don't even know where to start. He was trying to jam in catch phrases the whole game. He even dropped a 'Holy schneike!' like an 'in his prime' Chris Farley, but it was so dumb. Ban this sick filth.

I almost forgot to mention that the reanimated corpse of Barry Melrose in 1080p was not something I was mentally prepared for. Good lord.

Anyway, I'm just glad that hockey is back. I can deal with ESPN, but I will be keeping the volume low. I'll be so thankful for TNT broadcasts.

Staff member
Administrator
Operations
yeah at least you can find it. If NBC retained the rights the games would be on CNBC and shit lol

Flipped over here and there and heard McDonough doing pbp on the early game. Best in the biz.
Cool to see Linda Cohn have a spot. The Seattle Kracken logo rules.

McDonough is amazing and did fine aside from a couple of player misidentifications. No big deal.

I had to double take seeing Linda Cohn since I've only heard her on the radio the past few years. I barely recognized her.

Seattle has a great logo, but I don't love their away jerseys.

Seattle is there. We are here. There is not here. If Dr. Seuss were a sports columnist he’d have explained that with more eloquence a long time ago.

Bet the KGB admires it.

If you glom on to Seattle’s teams you’re just part of the problem.

Admire the effort and energy but don’t gear up and mistake the Seattle Kraken for ours. If you do, that “S” on the front of your jersey is for “Sucker.”

Also love the juxtaposition between the Broncos articles! 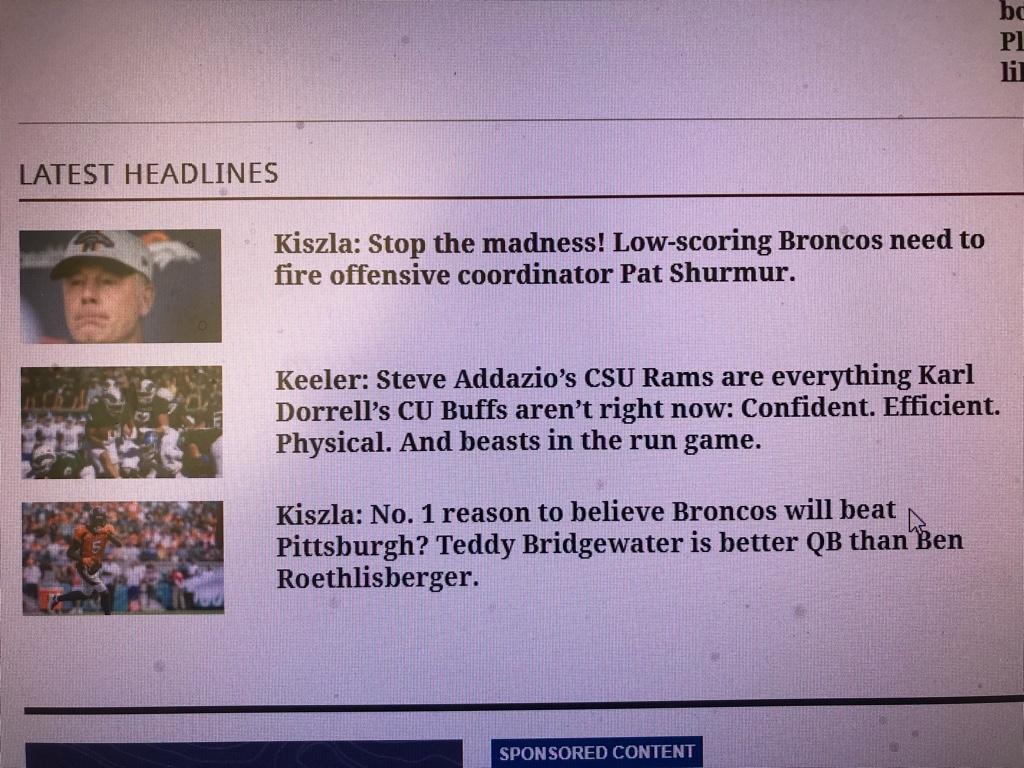 Brick said:
Seattle is there. We are here. There is not here. If Dr. Seuss were a sports columnist he’d have explained that with more eloquence a long time ago.

Bet the KGB admires it.

If you glom on to Seattle’s teams you’re just part of the problem.

Admire the effort and energy but don’t gear up and mistake the Seattle Kraken for ours. If you do, that “S” on the front of your jersey is for “Sucker.”
Click to expand...

what in the absolute fuck? he's def got CTE

Honestly, if I were the Seattle franchise, I would be glad to not have that dickwad as a fan.

BET THE KGB ADMIRES IT

Lake Superior is the superior lake

GOTTA REP MUH CITY, ITS ABOUT THE NAME ON THE FRONT OF THE JERSEY NOT THE BACK

I like how his viewpoint is apparently if you are a hockey fan in Portland instead of cheering for the closest team you should just, like, not be a fan of any team?

Staff member
Administrator
Operations
Does he think the NHL is going to spend all this time and money to start a team there just to move them in a year or something?

TNT absolutely shits all over the world wide leader. Shocking.

9 games tonight, my bros. I watched the Penguins and the Kings mostly. Lehner not looking so good tonight. Vasi gave up 6 goals to the Red Wings...and still won in OT.

Let's go Flyers! I'm here for my one and only @bruin impression of the season, because pulling this together for one night is hard enough. Pour one out for your HERMANO who puts in work night after night after night after night tossing salads, but also for the best weekly game threads ever on this dying vine. Opening night for Giroux and crew against the Canucks. Comcast Sportsnet Philly will have the call, so hopefully you'll have ESPN+ if you reside outside the Tri-State region. Might have to head over to the A&P and pick up some Tastykake Lemon Pies and Frank's Black Cherry Wishniak Soda before I chow down on some PHILLY STEAKS from Lee's in Abington (I wish). I'll actually be watching the first half from my phone at my son's hockey association fundraiser. Hopefully I won't be too distracted to watch Lauren Hart, Gritty, and the (not so) Broadstreet Bullies take it to the Flying V.