Ok. So I've decided to use the Sims 4 to embark on a recreation of the spirit of the classic British TV comedy Stella Street. This won't be an exact representation. Hell I don't even know what the fuck I'm really doing, and at this stage am completely disorganised, as when I found out you could download sim celebrities past and present, got completely carried away, and have populated my game save with far too many people.

What I do know is that, like in Stella Street (and to a certain degree comedies such as 'Slade In Residence', featured in Vic and Bob), I will be creating mundane households, filling them with celebrities, and assigning them to ridiculous jobs and relationships - As in the real Stella Street in which Keith Richards and Mick Jagger ran a small grocery store.

First thing I did today was to try to re-create the famous band Slade, as they will be an essential addition to the community, and no-one had tried (I HAVE NO IDEA WHY)

Here's my effort. If you would like to play Sims 4, I've uploaded it to the gallery, so you can use at will -

My next task will be to move Slade into a home. The obvious choice here will be the classic British suburban 3-4 bedroom 1930s house, as featured in both Stella Street and Slade in Residence. I will probably try to find something that has already been created for the shell and design the interior. It could serve as a template for more homes, but I would like to include more variety than just the classic Stella Street housing. For example, I am determined that Paul McCartney lives in a trailer. It might also be nice to have a larger commune of celebrity sims living in a mansion together.

Why not do this with Nutopians instead?

Some interior decorating needed, but here's the classic 1930s three bed semi detached ready for Slade and another family -

Mr. Radpants said:
Why not do this with Nutopians instead?
Click to expand...

Because the concept is to create a Stella Street style comedy. Nutopians has been done, and if I add them to the mix, the absurdity/farce just isn't the same.

What is a Slade?

Schauwn said:
What is a Slade?
Click to expand...

You mean 'who are Slade?' and WASH YOU MOUTH OUT!

As we can see here, the template for the 1930s semi, is pretty much spot on for recreating Stella Street, and this also reminds me that Michael Caine the nosey neighbour is an absolute must for this project. 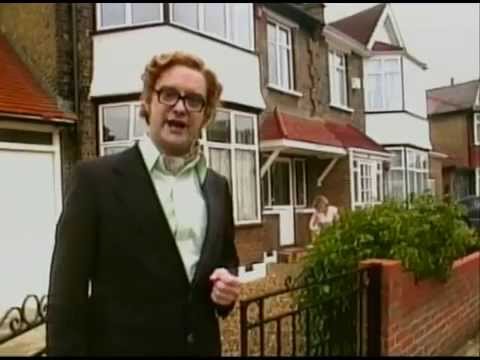 It was such a good idea to share this with nutopia.

Mr. Radpants said:
I actually love it and it’s already better than your OOTP franchise
Click to expand...

Two essential components of a Stella Street Sims will be Michael Caine and Mrs Huggett, neither of which are available to download in the game, so I have to recreate them myself.

This afternoon, I have been working on Michael Caine. Now uploaded to the gallery if anyone is missing him from their Sims 4 game!

Trying to design John Sessions playing an 85 year old lady is proving far more difficult. I think I'm going to have to make do at the moment until I can put more time into it. I don't think I've done too badly considering the limitations of the parameters which certainly weren't designed for recreating Mrs Huggett.

Also been working on the Slade In Residence interior. Coming along nicely i think.

I think I am going to move Michael Caine and Mrs Huggett in next door to Slade for the time being. Seems like a good thing to do, but this may change.

So I assigned Michael Caine the kids bedroom in the house next to Slade, and he starts his job as a table cleaner in the morning. Good times.

Your friend a dog

I want that lamp in the kids bedroom IRL

So I've done some more on this, and had some thoughts as to how it should unfold, and I think I have to populate the entire game world with celebrities. Only then when the game gets going will we see well and truly random events happening. Any original sim will just make it crap and it needs to be big for stuff to start randomly happening of it's own accord.

So far we have Slade and Michael Caine living in the 1930s semi detached, five of the Baywatch cast living in a poolside modern mansion permanently in swim wear, The cast of Friends living on set, and Abba living with Michael Jackson, Elton John and Dolly Parton. When it's populated, I eventually plan on starting my own game as Paul McCartney living out of a trailer.