wow they are actually gonna try to fix this dumb shit. i am amazed. maybe i will watch a bit of next szn.

not only are they gonna be no-calls but most of them offensive fouls? bartscott

At least this thread title sounds like the correct sport, maybe I'll read it a bit this szn

Honestly what are the Lakers doing, don't they remember 2012? Carmelo and Russ suck as role players and their entire core is over 30 other than AD, at least one of them is bound to get hurt.

Utopia Moderator
Presti is a wizard

Carmelo the last two years has been a good role player.

Outside of LeBron and AD, I don't think any of the Laker players qualify as core players. Gasol and Dwight Howard are only meant to soak up minutes until AD moves to the 5 in the 4th quarter. Ariza and Bazemore are only meant to take over KCP's role of wing defender and trying to knock down open threes. The actual young players (Talen Horton-Tucker, Malik Monk and Kendrick Nunn) are meant to take over the roles previously played by Kyle Kuzma and Alex Caruso. To be honest, none of those are significant downgrades from the team that won the Finals in 2020.

The big questions are what happens when AD or LeBron get hurt, and do the Lakers have anyone who can spark the offense when LeBron is on the bench? I think that is why they wanted Westbrook. Having him on the team did not bother the offensive output for Paul George in his year in OKC, Harden in Houston, or Bradley Beal in Washington. So if either LeBron or AD is out, pairing the other with Westbrook gives them a much better chance. Additionally, with Westbrook the Lakers offense should not die whenever LeBron goes to the bench like it did this past year.

So LeBron + RUSS, LeBron + AD, and RUSS + AD should all work well. But, to me, the limitation is that the ceiling for all three playing at the same time is not nearly as high as for other teams. To me.

OU11 said:
Presti is a wizard
Click to expand...

Greatest wizard/GM/super genius never to have won a championship (despite having three MVPs)?

Utopia Moderator
Is that even a question?

I think they are planning on several of them getting hurt!

Utopia Moderator
LAKERZZZZ NURSING HOME 21-22: How is your dynasty going? 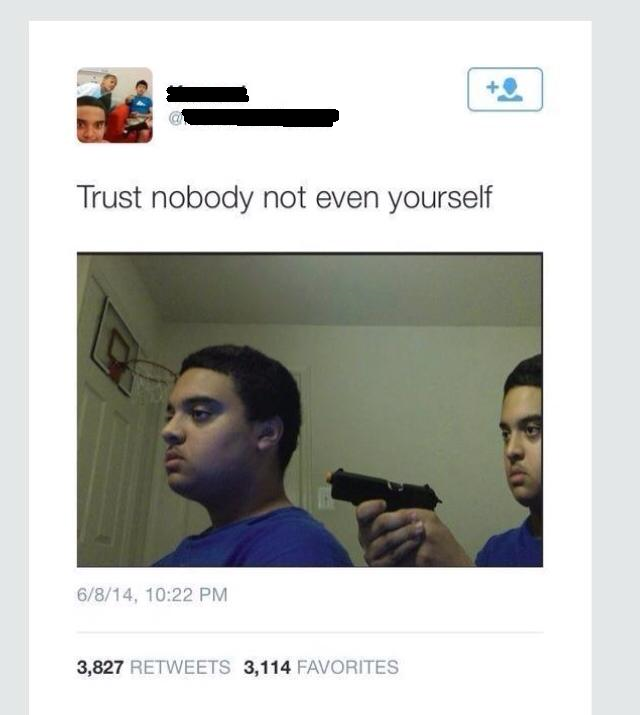 Staff member
Administrator
Operations
who the fuck are all these people the lakers sent to the Wizards?

kella said:
who the fuck are all these people the lakers sent to the Wizards?
Click to expand...

This dude a little weird for just dumping their entire convo on the internet lol but Ant seems chill af. Love this guy

Utopia Moderator
Watching this Malice at the Palace doc

Utopia Moderator
Ron Artest asking "are we going to be in trouble" in the locker room is my favorite thing about that whole ordeal.

The last bit was so annoying, all these middle aged whites tom bout thugs and that nba players haven't learned how to act. LAWD. Obviously you can't go into the stands and rock all these overweight drunk guys but the fans were the cause of everything. Not that the players shouldn't be punished, I just think the focus should have been on fan conduct. I don't remember the media coverage so I don't know that the fans weren't focused on but I would bet a lot of money it wasn't much if they were.

I also never really thought about how it could happen like it did, only three guards for the whole arena and when the reinforcements do arrive they put a mace canister in Artest's face.

Watched that last night it was great.

Utopia Moderator
I would have given O'Neal a bonus for that.

Utopia Moderator
Michigan men. Huh, how about that?

What NBA PGs can beat a 5'8" defender going over a screen to the bucket?

This is really cool

He's going to get traded to MN and I'm going to trick myself into being excited about it aren't I.

My guy down so bad

@Brick you bout that #NUGGLIFE nowadays?

With the timing on Murray's comeback completely unknown still, it's hard to say this is the year Nuggets make their run at it. It should've been last year and this year. Nuggz' moves basically are designed banking on the fact that MPJ takes that next step forward and can help Jokic carry us through the regular season and Gordon develops a better and more useful role in the offense. The team looked great right after the Gordon trade when he wasn't asked to really do shit offensively. He's a great defensive anchor, but he's gotta find a consistent jump shot.

Unfortunately, it felt like last year really was the big chance considering the fucking Bucks won it

Kyrie setting up these tweets

Utopia Moderator
This looks amazing tho