Staff member
Administrator
Operations
#6,351
That should have been saved lol

#6,352
Well that was a surprisingly nice finish.

#6,354
Let's give up on soccer and focus on hockey because fuck Canada.

#6,355
I’m like “fuck I’ve gotta celebrate this one, may not see another until whatever a Nations League is”

Staff member
Administrator
Operations
#6,357
"Zardes couldn't do anything with it" might as well be on the back of his fucking jersey

#6,360
The Zardes-iest of Zardes finishes

Staff member
Administrator
Operations
#6,362
Another "zardes couldn't do anything with it" lol

#6,364
My mind is still blown at how poor the state of our senior team is and how long it will take to get back to where we should be.

#6,365
remember when we had chubs for the Brek Shea's and Juan Agudelo's

Who wants to sex Mutombo?

#6,366
Isn’t it some shit that one of the best young players in our history comes of age just as our overall team is hitting a low point.

We’ve got the lost generation, which id consider 88 to 97. That group should be carrying our team (ages 22-31) but there’s so little there. People from decade that were/are difference makers are Jozy and maybe Steffen. One of those is possibly the most polarizing USMNT player of all time and a guy who’s only played in MLS so far.

It turns around in 98 with Pulisic and McKennie. But those peak years of that generation won’t happen until 2026 really, though there will be improvement for 2022.

It’s an unpopular notion, but a lot of this coincides with JK’s big overhaul of the youth system and coaching education. In 2012 when most of it took place, those first years of this (possibly golden) generation were 14.

Mod Alumni
#6,368
Is wondo a part of the lost generation or did he miss that too.

Staff member
Administrator
Operations
#6,369
Wondo is the only reason we didn't draw Belgium and then lose to Belgium in penalties in 2014

#6,370
Dempsey missed the equalizer... Wondo missed a fucking sitter thirty seconds from the end of regulation that would’ve won it

#6,371
Looks like Tyler Boyd will move to one of the big clubs in Turkey. Would love for him to play in European competitions, but Fenerbahce seems like a good move too.

It’s also worth mentioning that the great scouting network for USSF that discovered Boyd is... a freelance writer. Brian Sciaretta (who always has good stuff, btw) basically found out this random dude in Portugal had some American connection, talked with him enough to convince him to not cap tie himself to New Zealand, then he publishes a report (I think in December) with Boyd that he’d be open to the switch, and here we are.

It’s worth noting this isn’t the first guy this has happened with. Other BS guys were Wooten (who just signed with the Union), Johansson (RIP), and a handful of others on the fringes

#6,372
17 years ago -- I am still pissed. Best match the US has ever played... Oliver Kahn by himself denied a semifinal appearance. I'm still not convinced the ball didn't go over the line on the handball too.

Staff member
Administrator
Operations
#6,374
If only we could have done this in October 2017

Conclusion: USA is better than Brazil

Utopia Moderator
#6,379
Good to know we can beat T&T when it means nothing. 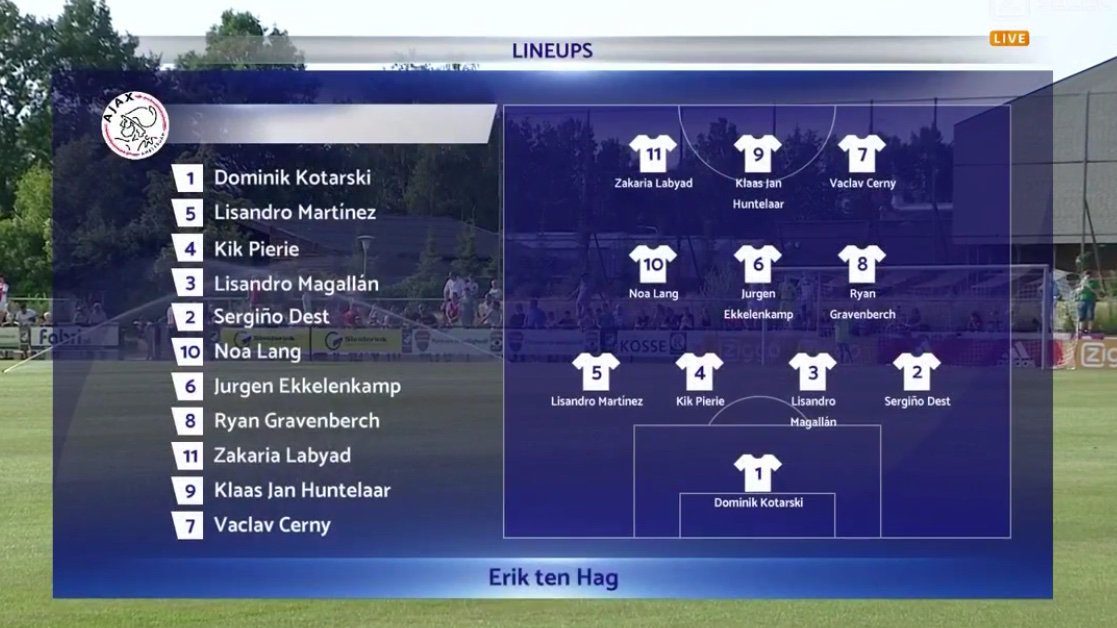 #6,383
Doubtful Pierie ever plays for the US tho

#6,384
It's the D-team... but I'll take it. Dest has a chance to play some Beker matches this year and perhaps make squads by the end of the year.

#6,385
adchester said:
Doubtful Pierie ever plays for the US tho
Click to expand...
Probably right...

... but, he is staring up at 2 of the best 10ish centerbacks in the world? Plus Ake, among others. The move to Ajax tells me he’s pretty highly thought of in Dutch circles, so my guess is the only reasonable scenario is that he hasn’t broken in by 2021 and the US gives him a chance to go to the World Cup.

It’s a bit different than situations like this in the past - even if he flipped tomorrow, he still is behind at least three or four guys and probably battling with like CCV for fringe call ups when someone is hurt.

#6,386
Literally an entire new 11, which is fine I guess. Excited to see Jozy again. Miazga, Lewis, and Cannon are really the only other players I’m a fan of

Staff member
Administrator
Operations
#6,388
We look good but who the fuck us Lovitz? Why can't we ever have a good left back? Rip DMB

Staff member
Administrator
Operations
#6,389
Omar getting mugged and they call the foul on him lol

Can we sub in Dahlkemper?

#6,392
Can’t believe Pulisic even got that pass behind him on goal. Such a stud.

#6,393
This is really the first time for me - but watching Pulisic compared to the rest of the attackers, he’s just on a completely different level. I don’t necessarily want to say he’s the best US player of all time, but neither Dempsey nor Donovan ever did that for me (possibly because they almost always played together)

#6,394
Here’s a hot take - but I’m glad we sit so compact defensively. Too often the US has abandoned good defense shape against these 80+ ranked teams and it seems to always bite them in the ass. If this Dutch second tier side can pass through us then so be it. Just trust that eventually you can break them down

#6,397
kella said:
Pulisic, boyd, mckennie playing with these bums is kind of depressing. Puli is especially just on a completly different level.
Click to expand...
That run earlier when he basically criss crossed through Curacio. Lol


Now if only Mahomes and Kawhi were on the wings

Staff member
Administrator
Operations
#6,399
NML said:
Here’s a hot take - but I’m glad we sit so compact defensively. Too often the US has abandoned good defense shape against these 80+ ranked teams and it seems to always bite them in the ass. If this Dutch second tier side can pass through us then so be it. Just trust that eventually you can break them down
Click to expand...
Can't believe I'm saying this but I also like us doing this with Zimmerman on the ball. Long makes me really nervous.